Paul Avery and Rick Maschek performed the third round of development testing of Paul's pyrogen units for the upcoming DSS BPS motor test. The firings looked good, delivering the required "mass flux" within the design burn time. The units are being tested at ambient conditions, and will have a shorter burn once enclosed in a motor.
Serge Pipko performed the first "hot batch" ignition testing of the experimental eutectic propellant on November 27th. The resulting deflagration was impressive, and provides important insight into the need for special precautions when preparing larger batches of this formulation. Serge's preliminary report and video: http://serge77.rocketworkshop.net/knnnsb_ign/knnnsb_ign.htm
During a recent visit to California, Richard Nakka had a "long overdue" opportunity to meet with some long-serving members of SS2S. Rick Maschek and Paul Avery met up with Richard in Hemet, had lunch together, discussed rocketry and SS2S in-depth, and enjoyed a "show & tell" of SS2S rocket hardware.
After a tasty lunch at Coco's restaurant (left to right, Rick, Paul & Richard): 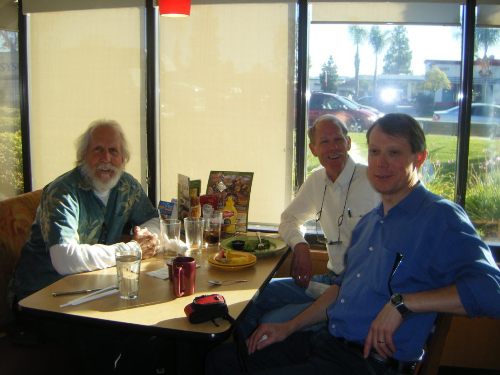 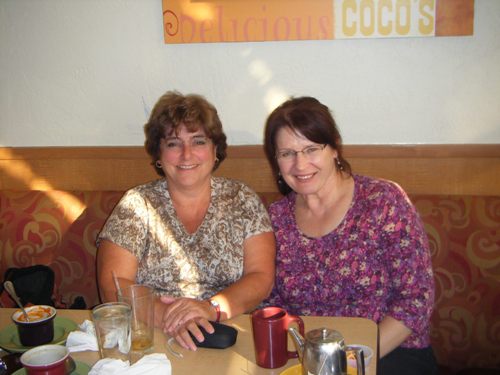 Posing next to the DSS BPS rocket motor casing: 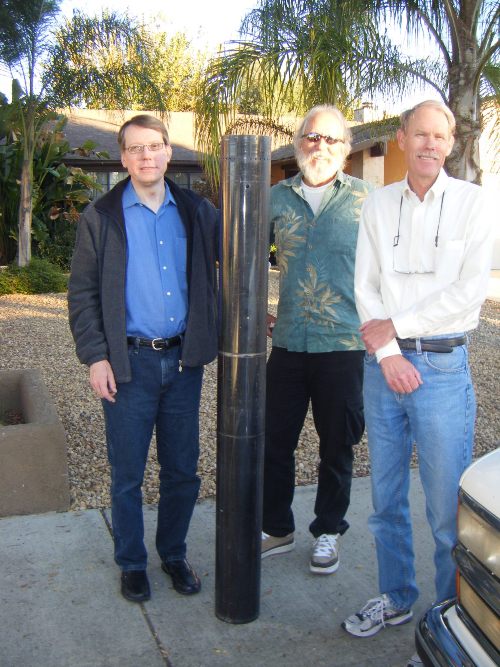 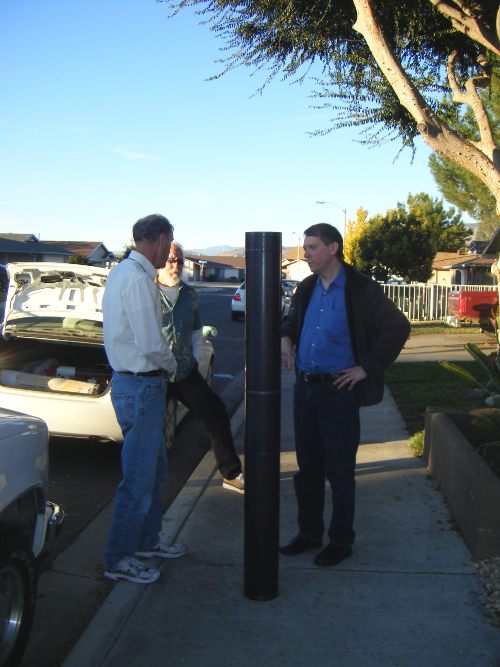 Reaction of vanillin with ascorbic acid

5g vanillin were heated in a 100ml beaker to 130°C, then 1g ascorbic acid dissolved. The mixture turned dark green after stirring it for several minutes. The reaction product is a soft, clear and elastic compound: 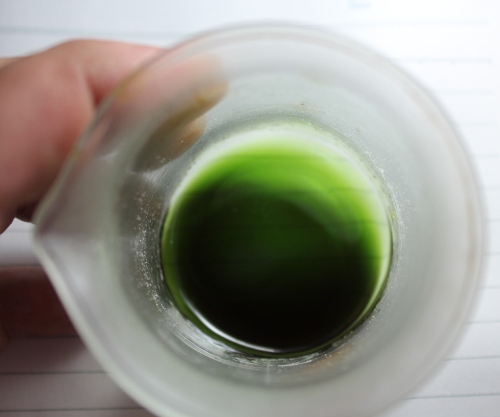 Reaction could be used to prove the existence of ascorbic acid or vanillin if color change arises not from impurities like nickel or chrome.


About an hour later the compound suddenly started to crystallize: 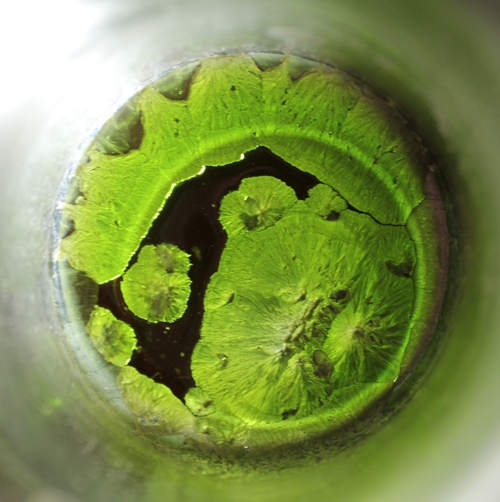 To avoid any contamination with metal ions, 5g vanillin and 1g ascorbic acid were placed into a fresh cleaned beaker without support of spoon or spatula. The mixture was then heated to 130°C. The temperatur sensor, which has a stainless steel jacket, was precautionary placed outside the beaker. The mixture was stirred with a fresh cleaned glass rod. The solution turned green after stirring it for 5 minutes and the ascorbic acid was completely dissolved in the vanillin. 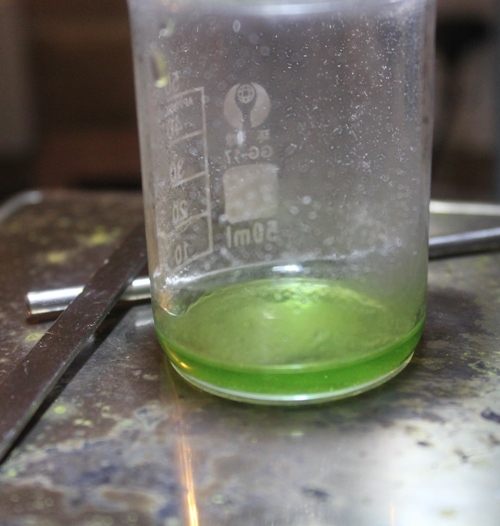 To determinate if vanillin itself would turn green after heating it to 130°C for several minutes, the experiment was repeated without adding ascorbic acid. The vanillin turned slightly yellow after 10 minutes heating but not green. An idea is that the green color  occurs not caused by a chemical reaction but rather by a special crystal configuration of vanillin and ascorbic acid. Example: anhydrous copper (II) sulfate crystals are grey -white, but if they containing water, the appearance is blue.
If pure vanillin get heated to 130°C for 20 minutes, the color change to yellow-orange. After cool down vanillin crystallize out immediately and scalelike. If ascorbic acid is added to pre-heated vanillin, the color changes not to green and the solubility of ascorbic acid is decreased. However, after cool down a soft, clear and elastic compound was found too.
Update November 12, 2011: Uploaded an extended article (in German) about this topic on scribd.com.
Update November 19, 2011: Uploaded an edited version of the article here.

Reaction of sorbitol and ascorbic acid

Benzaldehyde from sorbitol and ascorbic acid?

During my experiments with molten mixtures of ascorbic acid and sorbitol I found - if the mixture was heated to a certain temperature range - that a liquid condensed on the cooler parts of the glas which had a strong and sweet odor of bitter almond.
The experiment was then repeated with a distillation apparatus as shown below. The result after heating the mixture for 10 minutes at 140°C was a tar like residue and a yellowish liquid distillate. The distillate had a strong odor of  bitter almond, the residue a caraway odor.

It could be also possible that salicylaldehyde or furfural has been synthesized as it has a bitter almond odor too.
Unfortunately the Fehling test was negative for the distillate as it is not sensitive enough for such small amounts.

Highlights of recent developments on the MiniSShot project

Flint Hapirat has completed a draft of the Launch Report for MSS-2, and has submitted the draft to Richard for review.

Highlights of recent developments on the DoubleSShot project 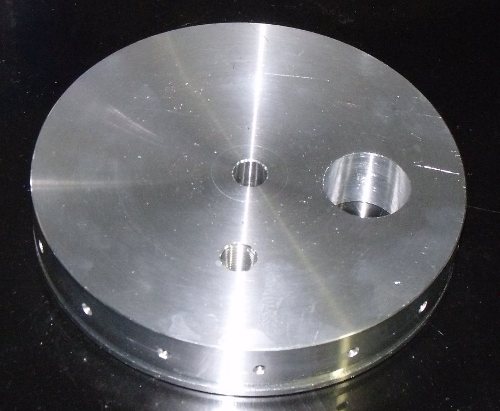 The large 1.25" (3.2 cm) hole is for a frangible burst disc to prevent overpressurizing the cavity between the Forward Bulkhead and the Delay Plug in case of significant blow-by.

Paul Avery has completed the design of a new and more powerful pyrogen unit for the DSS BPS motor. Paul reports that he has decided on a size, and has:
1. ordered delrin mandrel stock
2. rolled several casting tubes
3. machined an aluminum base and top cap for a casting stand

This past Sunday, an avionics telecon was held to report progress and determine upcoming actions. Participants in the telecon were Chris King, Rick Maschek, Matt Campbell, Hans Olaf Toft, Mattias Lampe, Craig Peterson and Richard Nakka. Chris reported that he has completed a draft of the revised DSS Avionics Requirements document, which was submitted to Richard for review. Chris also completed a draft of a test plan for "high altitude" testing of batteries that will tentatively be used for the DSS flight. The testing will be done by Craig utilizing the vacuum chamber that he recently built.Rick provided good input on potential video cameras for the flight, such as the USB "spy camera" model.
Mattias reported excellent progress on the ring antennas that he has prototyped. The first image shows the PCB with the antennas laid out. The third image shows the prototype ring antennas cut out. Mattias plans to conduct testing of the antennas in the near future, including an assessment of any interference with the GPS antenna that will be mounted forward of the ring antennas in the nose cone.The next avionics telecon will be on Sunday, Nov.6th.
Marc Davis has once again volunteered to produce CAD drawings of the DSS BPS motor parts. Marc has completed the casing drawing which was forwarded to Randy Dormans. Randy has procured the 6" (15cm) steel tubing for the casing and reports that "all hole locations are indexed and I am currently in the process of drilling to them to the final diameter (three passes each).  The casing should be finished by this weekend."
Marco Torriani reports that the prototype DSS "test fins" have been mounted on a 400 mm four-layer fibreglass tube which he recently fabricated.  Marco has bonded the fins' "foot" and laid carbon fibre over the aluminum foot to reinforce the attachment point. Marco also reports that he has performed an empirical load test on the fibreglass tube, loading 140 lbs (64 kg) with "no problem" Once the epoxy will be fully cured Marco will do a similar (ad hoc) testing of the fins with 100 (45 kg) lbs "just to make sure" before the fin/tube assembly is shipped to Bert Kimpe for official structural load testing.
Eingestellt von Markus Bindhammer um 19:47 Keine Kommentare: